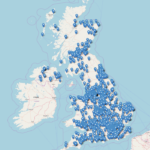 What is John’s Campaign?

John’s Campaign is about making carers of people with dementia welcome on hospital wards and reflects a positive attitude towards the importance of carers and sensitivity to their needs. Whilst there are no specific rules associated with John’s Campaign there is an expectation that when a person with dementia is admitted to hospital, or other types of care the person closest to them has a right to stay and to be exempted from any restrictions on visiting.
The campaign offers a framework and a name for this welcoming approach.
Hospitals and wards that join the campaign would normally display their participation (a certificate is presented to each participating ward) and to be identified on the John’s Campaign/Observer newspaper website.
John’s Campaign was founded in November 2014 by Nicci Gerrard and Julia Jones. Behind its simple statement of purpose lies the belief that carers should not just be allowed but should be welcomed, and that a collaboration between the patients and all connected with them is crucial to their health and their well-being. In the time since the campaign was founded, over 1000 institutions have pledged support and a lot of progress has been made – but there is a lot yet to be done.